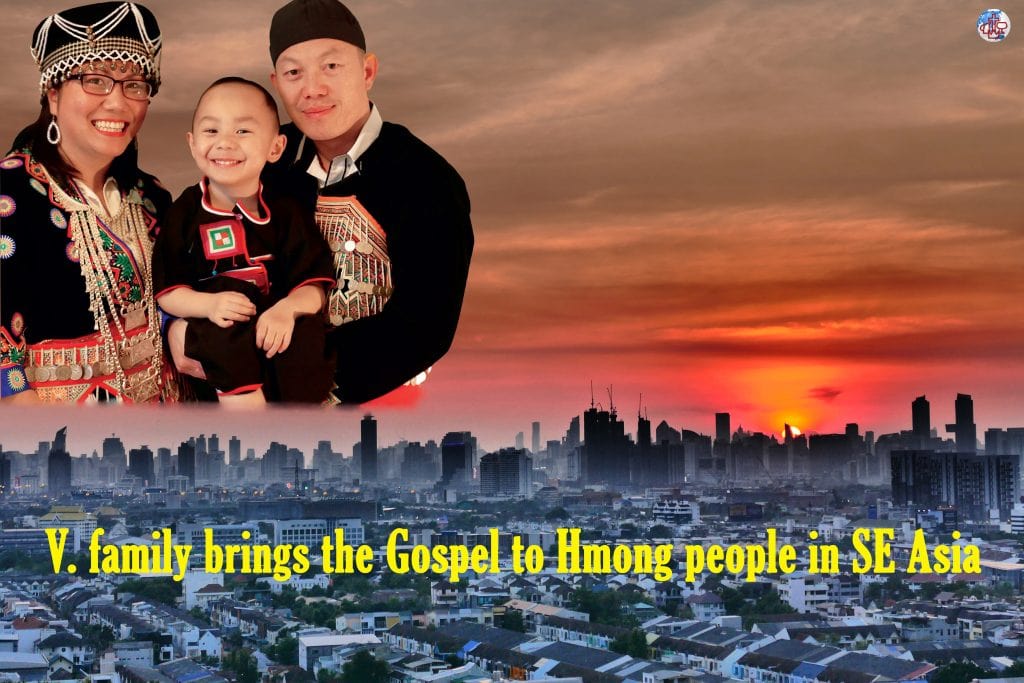 The Vangs are a French family of Hmong origin who were sent on mission to Thailand in August 2022 in response to Jesus’ call on their lives: to announce the Gospel to the Hmong people.

About the Hmong People:  The Hmongs are a diaspora people with an estimated 30,000 living in France.  Originally from southwest China, they are traditionally of animist faith (ancestral spirit worship).  Social unrest and widespread disease forced them to leave the Indochina peninsula in the 18th/19th  centuries. Later wars, particularly that of Laos in 1975, led to many fleeing for Thailand and several Western countries.

Of the estimated diaspora population of 5-6 million, far less than 10% are Christians of any sort of denomination, meaning the large majority are still animist. It is an ethnic group marked by a culture of pride and shame, making openness to a different faith a significant challenge.

About the Vangs:  Thibaut graduated in theology from the Institut Biblique de Nogent-Sur-Marne and Bernadette followed training from the Association Evangile et Enfance (AEE) and the Ligue pour la Lecture de la Bible (LLB) to proclaim the Gospel to children. The family faithfully waited for God to open doors despite the covid pandemic and were finally sent as Alliance missionaries to proclaim the Good News of Jesus Christ to the unreached Hmong in Thailand, which has an area and population very similar to that of their home country of France, but its composition is vastly different: 94% Buddhist, 4% Muslim and 1% Christian.

Our ministry is to spread the love of God through preaching, Bible teaching and Sunday school, and also through pastoral care. We have been able to respond to the missionary call primarily because of the Lord’s initiative and sovereignty, and also because of your support through intercession and donations.

In order to carry out this ministry in a sustainable and fruitful way, we need to expand our network of partners. We ask you to prayerfully consider partnering with us in the Mission that the Lord has entrusted to us, and would be blessed by you sharing our news with your relatives, friends and church.