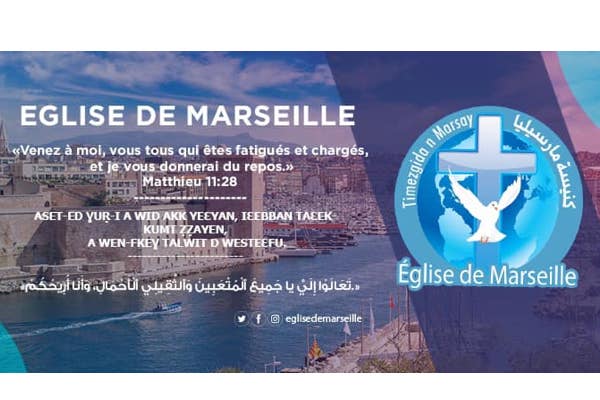 T (ex-Catholic) and N (ex-Muslim) are a French-Moroccan couple who have been married for more than two years now.

They work in church planting and the development of a new church in Marseille. This evangelical church is affiliated with the AECM and has been officially established since September 2020. We offer worship that can be understood in three languages: French, Kabyle and Arabic. They are committed to sharing the good news of Jesus Christ among North Africans and the Middle East and engaging in discipling and growing leaders among these brothers and sisters coming to faith in Jesus.

They are also invested in evangelism among university students at local universities and the refugee population in, and still arriving in, Marseille. They are present on social media (Facebook) in several ways to connect with Arabic speakers both in the South of France and North Africa.