France has a Special Role in God’s Kingdom

God has been calling the hearts of French people and they have been responding.

Every day, more French people are coming to Jesus to be set free.

Secularism and empty promises from philosophers have resulted in a nation seeking meaning and quite open to the “spiritual.” France’s small but vibrant Evangelical community is growing and has more opportunities to share the Gospel than ever before.

A Nation of Influence

French thinking has shaped the world.

John Calvin influenced Europe of the sixteenth and seventeenth centuries through the Reformation.

René Descartes started a philosophical train of thought at the end of the 17th century that spawned what we know as the Enlightenment.

Post-Modernity has its origins in French philosophical writings of the past forty years.

The Time is Now

We have an opportunity to be part of God’s redeeming work.

God’s plan for France is unfolding before our eyes.

As we share information, resources, and prayer, Christians on both sides of the Atlantic can unite, just as the first church described in Acts. This spirit of sharing, understanding, and unity is our calling.

Learn About the Work of Impact France

God is unleashing a wave of prayer, strategic encouragement, and finances into the French Church.

“Watch to see where God is working and join Him in His work.” – Henry Blackby

Hear how the Holy Spirit is sweeping through France! 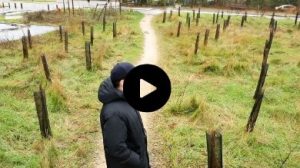